Refinancing Your Mortgage Loan? Homeowners In These States Have The Best Shot.

If you’re looking to refinance your mortgage loan in light of today’s low interest rates, then you’re in luck. According to new data, a whopping 75% of refinance applications are getting approved nationally, with homeowners in some states seeing even higher rates of approval.

Data from loan marketplace LendingTree shows that Utah homeowners have the best shot at refinancing. There, more than 82% of refinance applications get approved. The state’s high average credit score (741 for homeowners), as well as its significant jump in home values over the last five years (39%), helped it secure the top spot.

Refinance applications are approved the least in New Mexico, where just 66.5% of homeowners get the green light. The state claims one of the lowest home value appreciation rates in the country at 8%.

“The availability of a lower interest rate is only one of the conditions needed to refinance a mortgage,” Kapfidze said. “Borrowers often need to have some equity in their home, especially if they want to take cash out, and a solid credit score. Fortunately, increases in home prices since 2012, combined with paying down their loan balances, means many borrowers have built considerable equity in their homes.”

Home values have appreciated the most in North Dakota, with values jumping 60% since just 2012. The state ranks at No. 2 for highest refinance approvals. 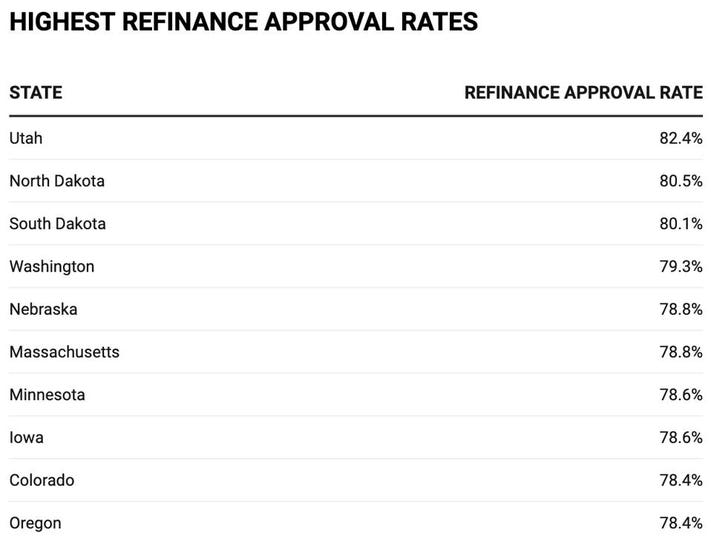 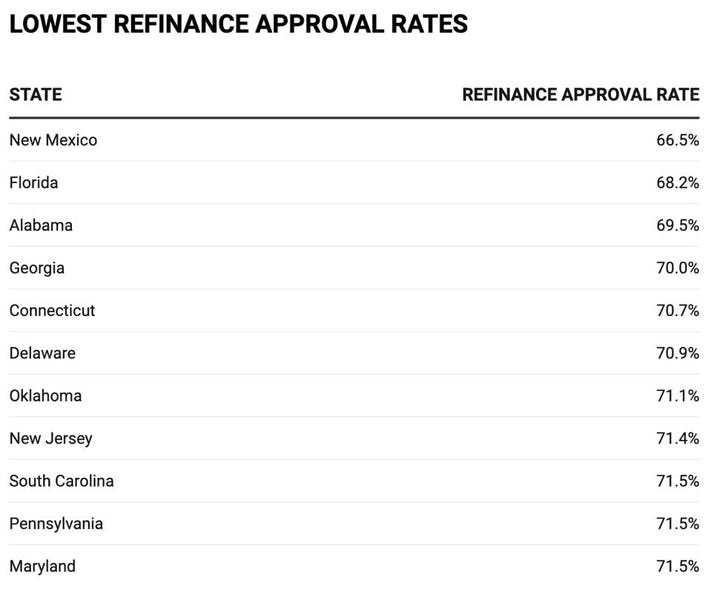 Refinancing has surged in recent months, as mortgage rates hit three-year lows in late summer. Just last week rates dropped to an average 3.68%, according to Freddie Mac. Over the year, data from the Mortgage Bankers Association shows refinance activity up 314%.

According to Joel Kahn, MBA’s associate vice president of economic and industry forecasting, “the mortgage market is on track for its best year for originations since 2007.”